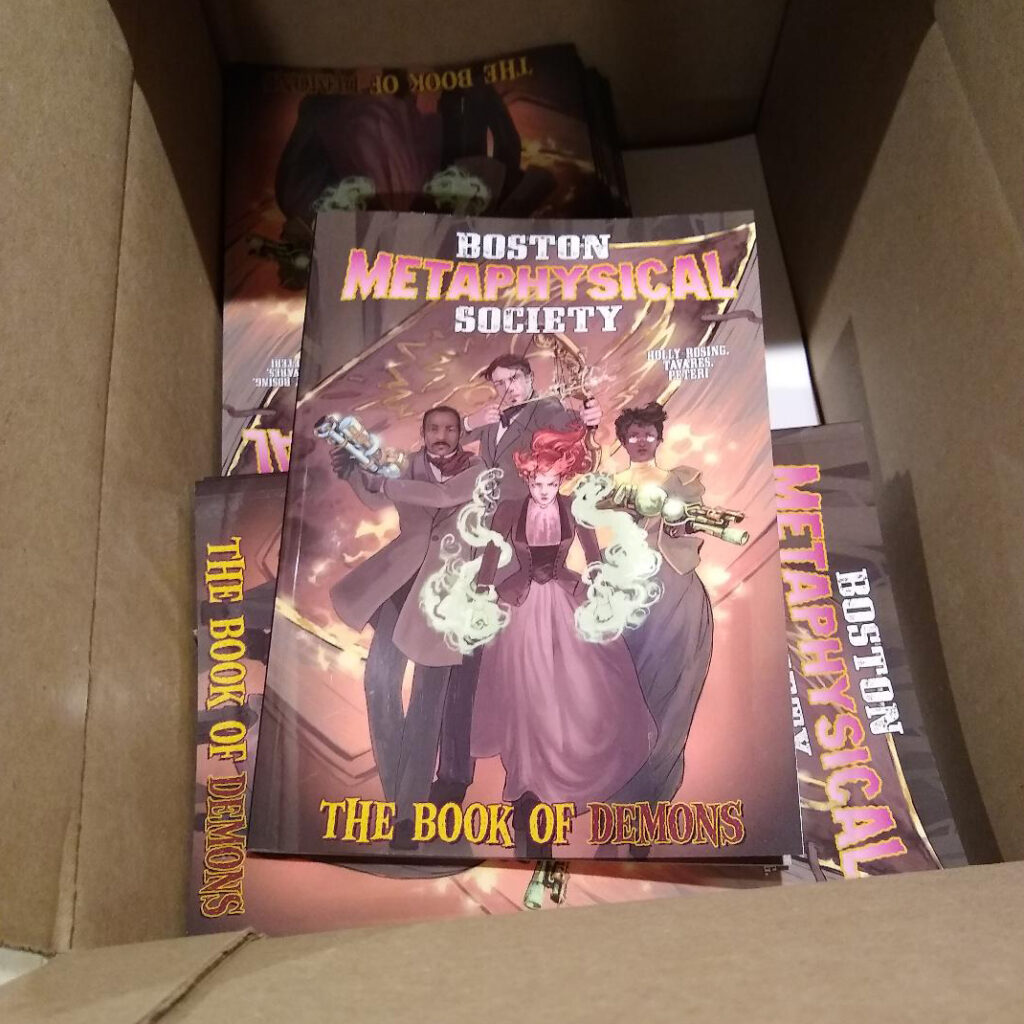 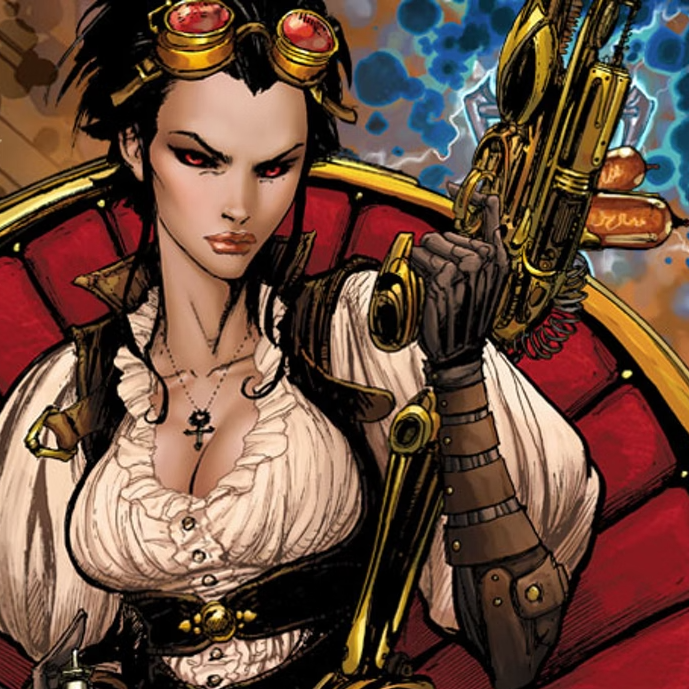 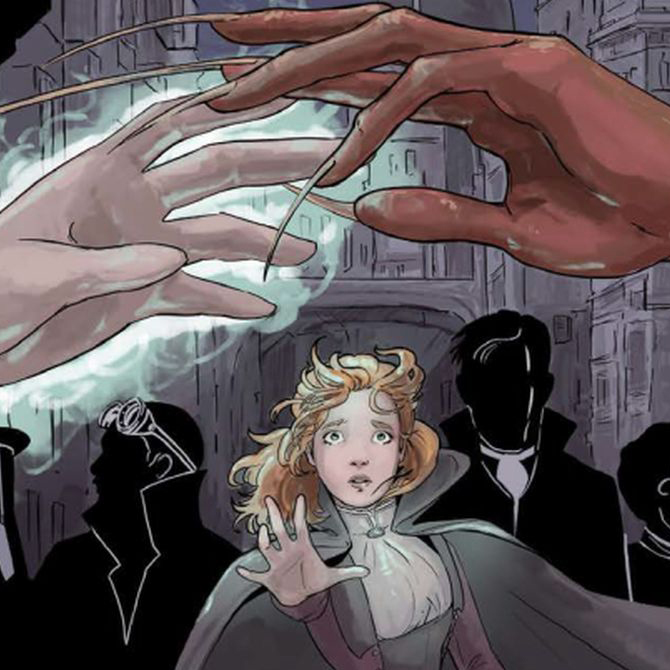 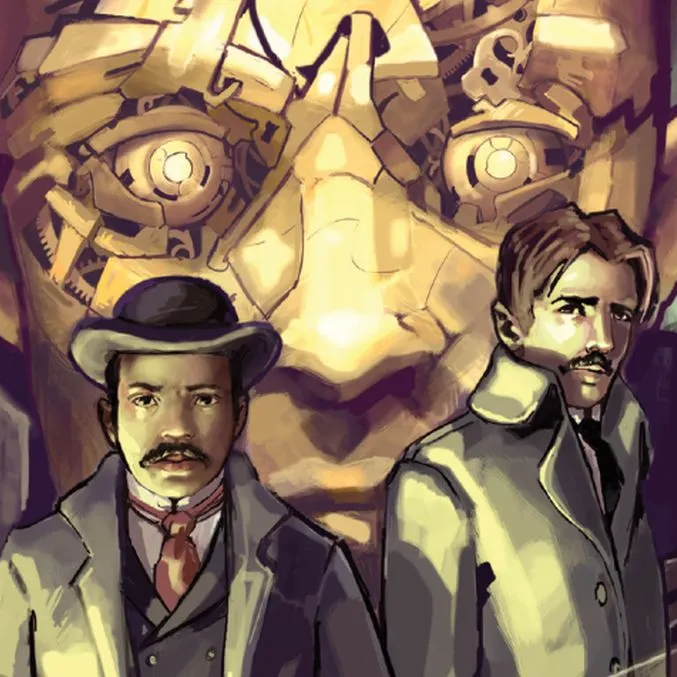 Boston Metaphysical Society Colored Trade Cover Revealed! I’m so excited to reveal the new cover for the trade paperback. The art is by Emily Hu. Color/Inking by Gloria Caeli. I think they did a fabulous job.   To remind everyone, the Kickstarter to print the trade will launch on Wednesday, Feb. 1. The trade will […]

New Houdini Fan Art From Angel Velasquez Once again, Angel Velasquez has stepped up to the plate and sent me this terrific rendition of Houdini… with a steampunk clock no less. Thank you, Angel!! You can see more of Angel’s work at: http://doodleschickensoupfortheartist.blogspot.com/ Upcoming Events Kickstarter Class For Independent Creators There will be two classes […]

Chapter 5 Kickstarter Books Are In!

Chapter 5 Kickstarter Books Are In! I’m happy to announce that the Chapter 5 Kickstarter books have arrived and I have already shipped out over fifty packages!  The book looks great. I will be shipping out the packages in stages, so never fear, you will get yours. Hand deliveries will be made today. (You know […]

New Boston Metaphysical Society Fan Art Today we have some fan art of Caitlin O’Sullivan from the U.K.! Mr. Thomas Coleman was kind enough to submit this for everyone’s enjoyment. A little bit about him…. I am an artist from the south of England, I mainly work with pencil and markers as well as digitally. […]

Boston Metaphysical Ch. 5 Progress Report I just wanted to give you a quick update on the progress of Chapter 5… 1. Emily has finished up to page 15. She has to prep for a Con next weekend, but expects to be back on the project right after that. (Though she is going to try […]

Boston Metaphysical Society Chapter 5 Update! I’m happy to report that Emi is feeling much better and is back in the saddle again. She turned in pages 10-12 this week and I already have notes back to her. Pages 1-6 are also colored, so we are moving forward albeit slowly. Here’s a glimpse of Chapter […]